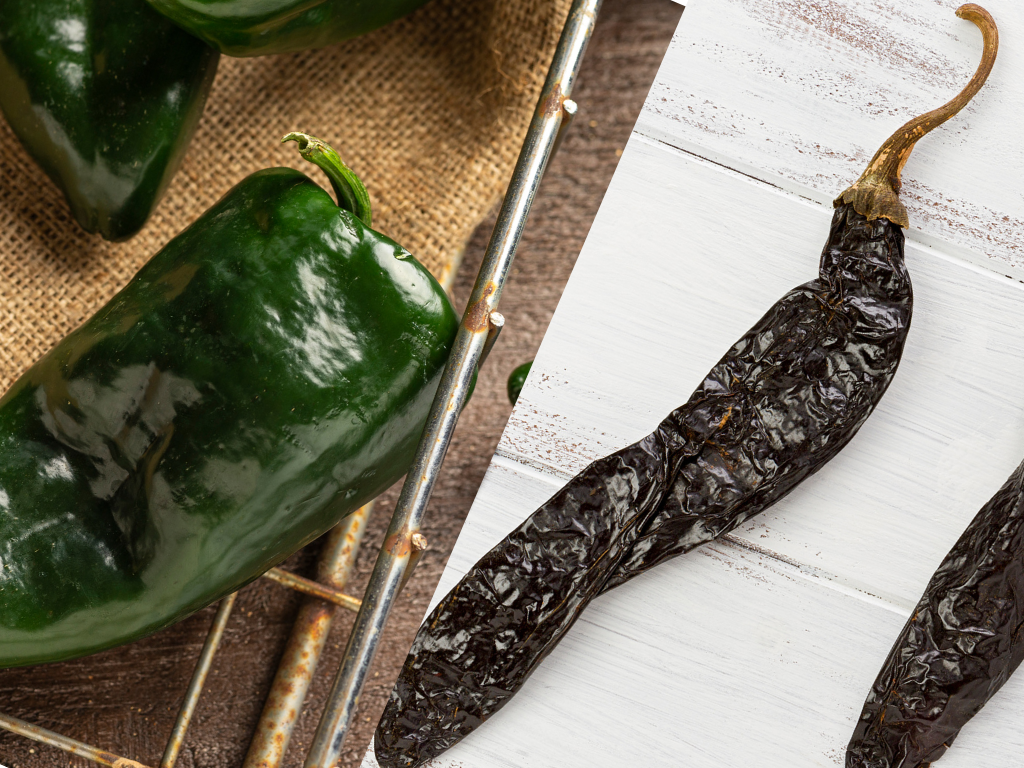 We have a client or two that have strong aversions to bell peppers. We’re talking to the extent that even a tiny bit in their salsa will make them extremely unhappy–they can detect the nuances of the flavor so much that even the tiniest amount will be detected instantly.

And we get it. Taste buds are powerful things. That’s why we make sure our meals are custom-made to suit each client’s taste. And when it comes to those that hate bell peppers, we are grateful to have a great alternative–poblano peppers. They are a touch spicier than a bell pepper and have just enough of a different flavor that they make a great alternative.

But there’s another pepper that often gets thrown into the mix: pasilla peppers. And the two often get lumped together when you see them at the market. So we have to ask…

What is the difference between a pasilla pepper and a poblano pepper, anyway?

Pasillas (aka chile negros), on the other hand, are a dried version of the chilaca chili pepper. Dark and wrinkly, you might describe them as a raisin-y version of a pepper–and in fact, the word pasilla means “little raisin” in Spanish! 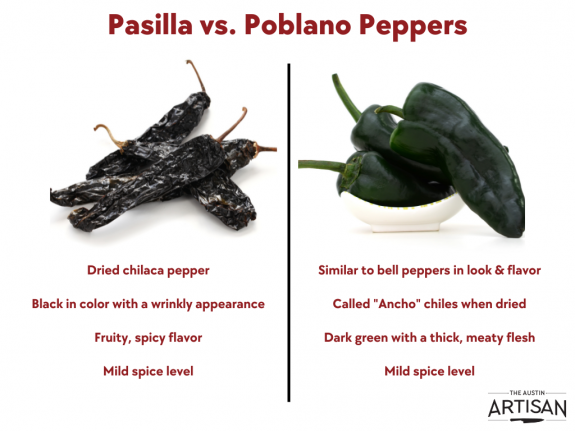 When dried, you might know poblanos as ancho chile–one of the most prevalent ingredients in a delicious mole sauce. But you can also use poblano peppers for anything from enchiladas to tamales. 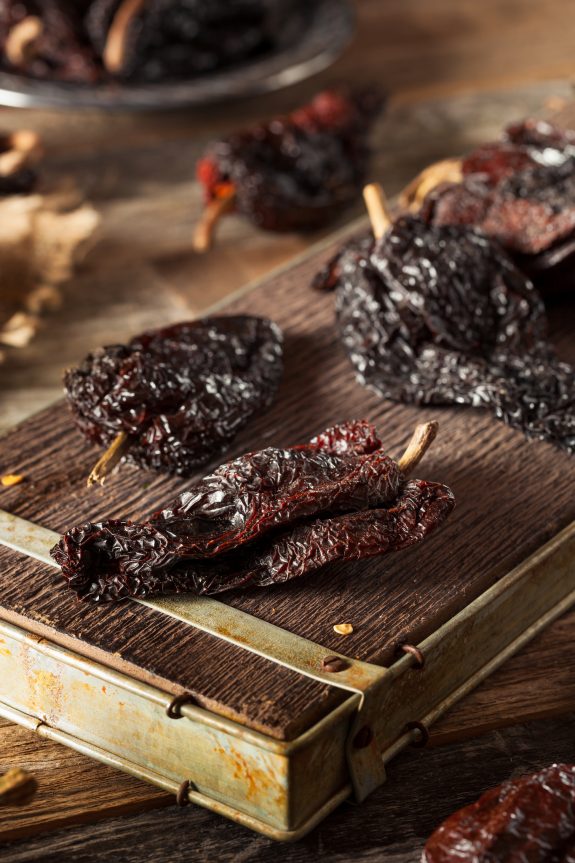 Pasilla peppers are often used in salsas, but you can also find them in mole or enchilada sauces. When compared to the ancho chile (again, the dried version of the poblano), you might find that the pasilla pepper is a bit less sweet. 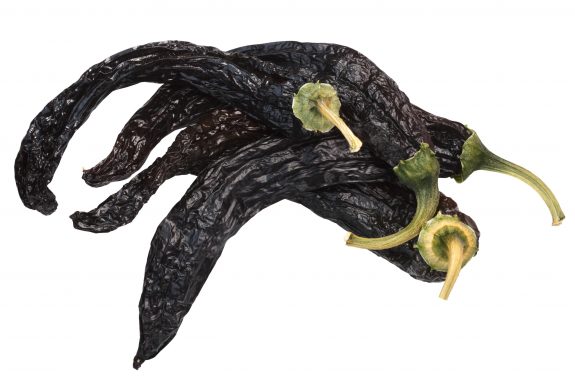 Poblano Vs. Pasilla Peppers In The Kitchen

Both poblano and pasilla peppers are delicious in just about any Mexican (or Tex-Mex!) dish. However, while pasilla peppers function more as a spice, poblano peppers can work as a main dish. You can stuff them with anything from quinoa to chicken for a main course. Or, chop them up and use them as an alternative to bell peppers in your fajitas.

If you were to travel to Mexico around independence Day, you almost assuredly would encounter a specific poblano pepper recipe. Chiles en nogada is particularly a source of pride to the people of Puebla, where the poblano finds its (literal) roots. And the dish itself is made from red, green, and white ingredients–the poblano itself, a white sauce (often made from walnut), and red pomegranate seeds to add a sweet edge to a savory dish. 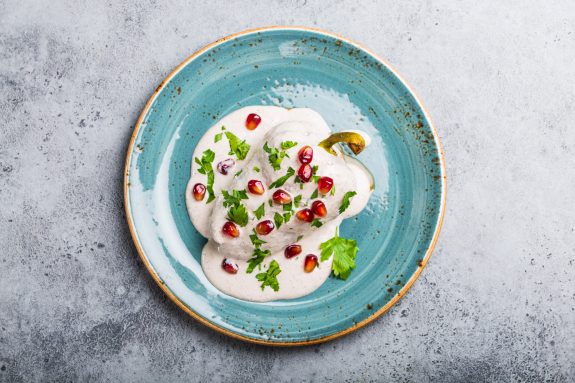 Pasilla peppers, on the other hand, you might be more likely to find in a sauce, in particular, mole negro ask black mole. This mole has a deep, rich, and dark flavor, much like the name implies–and it gets these flavors from its unique combination of sweet (raisins and chocolate) alongside the spicy peppers.

Want to give it a try? Check out this recipe from Lola’s Cocina.

Enjoy gourmet food better than any 5-star restaurant in your own home. The Austin Artisan’s meal delivery services are designed to take you on a culinary journey of taste. Learn more about our menus and more!